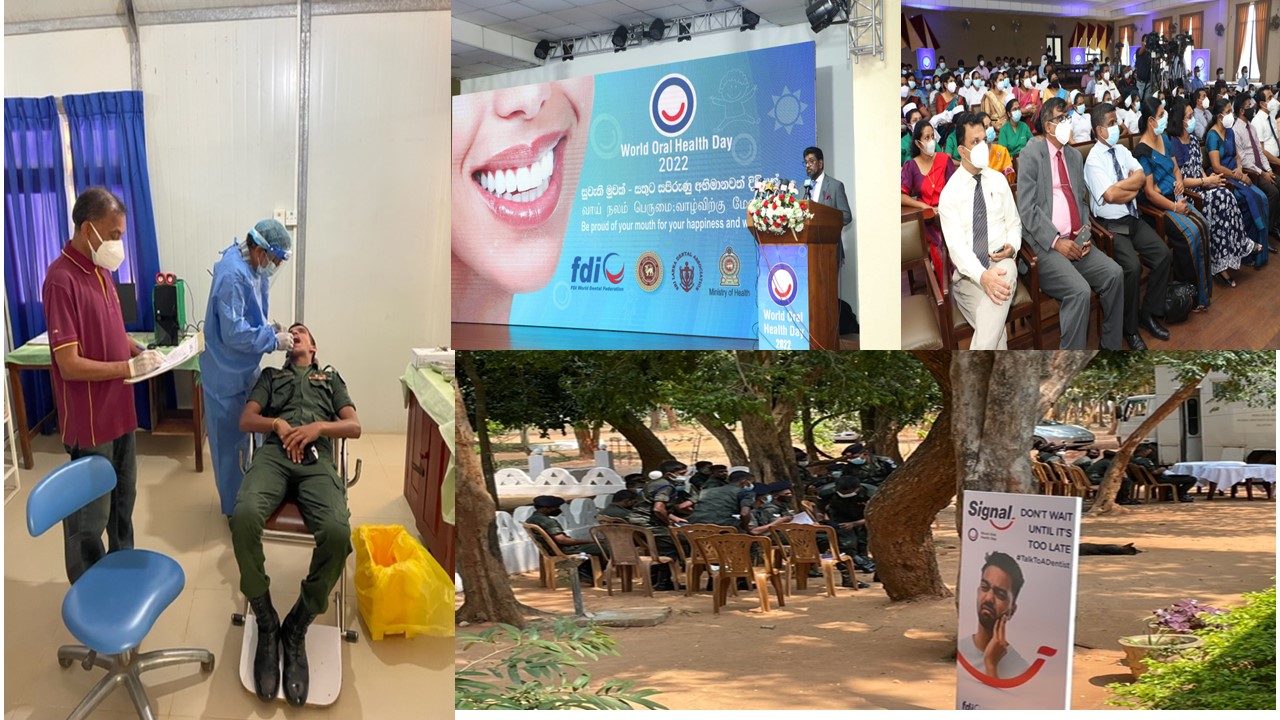 National Oral Health Day celebration was held on 30th March 2022 at the K Bambaradeniya Auditorium, Faculty of Dental Sciences, University of Peradeniya, Sri Lanka. The Minister of Health Mr Keheliya Rambukwella was the chief guest and it was attended by about 150 stake holders in the dental field. The plan for the year in terms of public education oral health promotion and the dental health policy was presented to the stakeholders. We hope to initiate a broader discussion in this regard with the ministry of health in the near future.

Three oral health screening and treatment clinics were held on 29th March 2022 at Nuwara Eliya in the central province, Mullaithivu in the northen province and Puttalam in the North Western Province. These targetted tea estate workers, military presonel and fisher folk. We have planned a further 2 clinics in the eastern province and southern province. However due to certain issues due to transportation and other issues beyond our control. These could not be completed.

In addition oral health promotion videos and messages have been developed to be transmitted via social media such as whatsapp and facebook. These are being circulated together with the assistance of Unilevers